What Good Is Bible Prophecy? 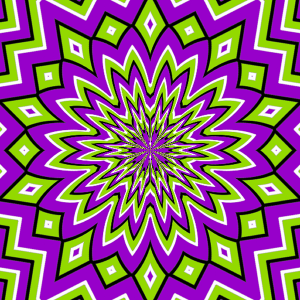 When you read about God’s prophecy in the Bible, do you go cross-eyed? Do you get bewildered? Confused? Does any of it makes sense? How do you interpret this?

When I started working on Revelation: Seven Churches in the last post, I must say I was getting a low-grade headache which lasted for about three days. Also I was having an unbelievably hard time doing this post. My mind would wander here and wander there, and wander any where except about what I’m studying and writing.

I don’t believe the devil wants me to study this part of God’s word. This means what I’m trying to do is good! So I will press on. God willing.

So what good is God’s prophecy? Well it’s good for several things. One to just inform you with what to expect. To prepare you for some unpleasant things. For an example, once a friend told me what to expect from cataract surgery. I was about to go through it and was very nervous about it. I felt a little better about it afterward. The whole thing went exactly the way he said it would.

When Jesus was talking to His disciples about how He was going to die and rise again, He did it so they would know what would happen. I’m sure afterward the eleven of them said, “Oh yeah, it happened just as He said.” Remember the twelfth one committed suicide because he betrayed the Lord.

We can read God’s prophecy now and get an idea of what will happen, or maybe what’s happening now.

Prophecy can also serve as a warning. In Genesis 12:1-3 and Ezekiel 38:1 through Ezekiel 39:8 as well as Isaiah 54:15-17 (which talks about weapons of destruction) warns countries not to attack Israel. The two prophecies in Ezekiel and Isaiah hasn’t happened yet. But it will. Look at it this way, Ezekiel mentions Israel by name. Yet there was no Israel for over 2,000 years. Not until 1948 anyway. No one can deny this. Even those who hate Israel affirms this. You can not hate what doesn’t exists.

And this bring us to one last point I’ll make. God’s prophecies are often for encouragement. People will mock you and persecute you, if they haven’t already. Jesus himself said this many times. So when someone laughs at you saying there is no God and mock you for it; well remember the Bible said it would happen. Which means they themselves are proving prophecies are true. And often times they are even proving that God is in control.

I heard someone say “So what? Other religions say they would be persecuted too. This means nothing.” OK maybe other religions do say they would be persecuted. This in no way disproves the Bible. Matthew 5:10-12 God blesses those who are persecuted for doing right, for the Kingdom of Heaven is theirs.
“God blesses you when people mock you and persecute you and lie about you and say all sorts of evil things against you because you are my followers. Be happy about it! Be very glad! For a great reward awaits you in heaven. And remember, the ancient prophets were persecuted in the same way.
I wish this wouldn’t happen to any of us, but it will, and for some of us, it’s already happening. But keep in mind, it only proves God’s word true.

note: I have no idea who own the rights to the three pictures. The one of Jesus I have seen many years ago on an email. The other two I have seen many more years ago in a book or several books. I downloaded the images from http://www.bing.com.