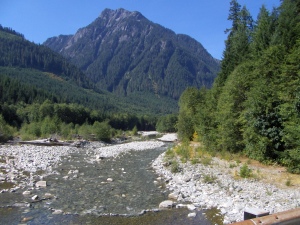 Believe it or not Revelation 7 is still part of the sixth seal which we covered in Revelation 6. In chapter 7 there are four angels that will stop the wind from blowing around the world for awhile. In Revelation 7:2 has an angel coming in the morning from the east. I’m going to assume, the sun will be in the true east which I’m guessing will be in the late spring or early summer. Now this angel told the four other angels who were holding back the winds, not to harm the earth, sea, or trees. (I wonder about the other plants.) Anyway no harm is to come to them, until God’s seal is placed on His servants.

Now about the 144,000 Israelis or Israelites. Of course we all know they will be 12,000 from each of the 12 tribes. To most people this is enough information. But I wonder where in time did they come from? I know this is an odd question, so I’ll explain.

Jesus raised Lazarus from the dead four days after he died and had started to decay. As we get towards the end of Revelation we see that many people will be very much alive and well even though they may have died many centuries ago, and more.

So here are more thoughts about the 144,000. Even though these people were God fearing and were righteous in God’s eyes, King David is not one of them. Neither is Issac or Jacob. Why would I say that? Revelation 14:4-5 said these men were virgins. David, Issac and Jacob all fathered kids. I also wonder, could these 144,000 be from through time. In other words, could some be from long ago as while as being from this time period? I don’t know. Does it really matter? Maybe not.

Revelation 7:9-12 says there is a great number of people from everywhere, every language, and every people; which means even from nations and tribes that are now extinct. And they will all be around the throne worshiping God. Will we be part of this? These people will be wearing white robes. Will they be the same ones that are mentioned in Revelation 6:9-11, the fifth seal? What I’m asking is, will this vast crowd, too great to count be people who were martyred, or will this be all of God’s people including those of us who will be taken by Jesus?

The people in chapter 6 were souls of those who were martyrs for Christ. They were under the altar and were given white robes to wear. The people in chapter 7 are wearing the same white robes, but now there are lots and lots of them. Not only that, but now they are among the angels around the throne. I believe these people in the white robes around the throne is everybody who has believe in Jesus. And those that were under the alter are now in the group. I also believe that by this time the rapture has happened.

If the tribulation started with the opening of the seals, and if we are living through one of the seven seals now; then our time here is short. Jesus could be calling us up at anytime. Even as soon as now.

I hope I am correct in all this. Again I will remind you that I am not a theologian, I have never had any training at all. It would be very wise to test everything I say.

1 Thessalonians 5:20-22
Do not scoff at prophecies, but test everything that is said. Hold on to what is good. Stay away from every kind of evil.