Lately I have been hearing things about prophesy and the future that isn’t quite right. What I have hearing from people, seems to be void of all hope.

The other week I was talking with someone and they were telling me that the America could fall. OK I too believe that America could fall. Then they told me that there is now a thing that can create a EMP blast that will send all of America into the dark ages forever. Life here will be like it was 100 years ago.

I had to correct this person. Electromagnetic Pulse (EMP) has been around for a very long time. It was first made by man during WWII. The US government noticed it when experimenting with the atom bomb. But it has been around since the beginning of time. Lightening strikes are some and I believe solar flares are too.

So will an EMP strike throw the whole United States into the dark ages forever? No. Revelation 13:8 says the people of this world will worship the beast or the Anti-Christ. People can’t worship the beast without the Internet and social media.

Another thing I heard was on television. Some guy was saying that volcanoes could go off covering everything with a fine glass like volcanic ash. True. It will block out the sun and you would not want to be outside breathing this stuff into your lungs. Also true. This happened when Mt. St. Helens erupted in 1981. This same guy said that at that time you will need a generator to light your home. You will also need to use duct tape to seal every part of your home to keep the ash out. He said this many times, and I saw it many times with the closed caption.

I soon realized that this man just wasn’t thinking about what he was saying. I’m sorry but when you think about this, it makes no sense. When Mt. St. Helens erupted the ash not only blocked out the sun and covered the ground, it also clogged the air filters of cars and trucks to the point where their engines could not run. People, the ash would also keep the generators from running too. And don’t think solar panels will help you. The same ash that will cover the ground will also cover the solar panels. So what should you use? Flashlights. Normal everyday flashlights. And for your lungs, I would use face dust filters like you would buy at a hardware store. But keep in mind that just because ash is covering the ground, it does not mean the power to your home would be out.

In the eastern part of Washington State, the volcanic ash stuck around for years. However most people were able to go outside in a day or two. By the way, I heard the ash was great for the crops a few years after.

I also heard that having a gun is a good thing to have. I have no argument there. Some say that if you have a gun, you could stop a terrorist! People please watch the news. Unless someone is a nut, a terrorist will most likely use a bomb. I have never heard of I gun stopping a bomb.

So what should you do? Many people live in areas where they often have hurricanes, tornadoes, and other very bad storms. My personal thoughts are to do what these people do. Prepare, but don’t go nuts. Also don’t count on the government to help you because they will most likely be struggling through same disaster as you.

Another thing that bothers me is when people talk about the Anti-Christ. They talk as if, when the Anti-Christ comes, then that’s it. That’s the end. No! That is not the end! Far from it. Jesus will come and defeat the Anti-Christ. And after that there will be life. Things will be OK.

However if you follow the Anti-Christ, you will be domed forever. But what if someone chose not to follow the Anti-Christ and yet still was not a follower of Jesus? I believe life will get better for them. Though they may not live as long. I base this on Isaiah 65:19-21. Please check out what I say as I am not trained in this. 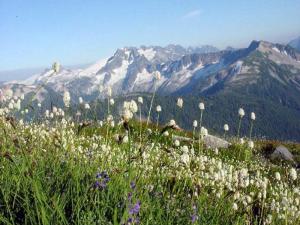 But please don’t settle on this. Because if you die without Christ, you’ll be without Him forever. And that would truly be everlasting hopelessness. You don’t know when your last day will be.

Turn your life over to Jesus who died for your sins and then raised again, physically from the dead. Believe in Him and you will have eternal life. With Jesus, life is not hopeless.